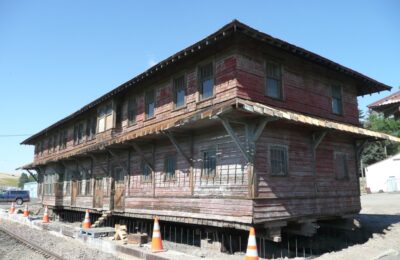 The Potlatch depot during its restoration. In this August, 2007 photo, the building is being supported by large beams while a new concrete foundation is formed and poured. Thomas Hillebrant Photo. 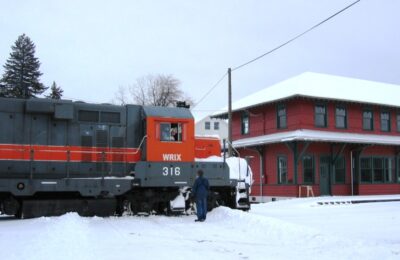 By January, 2008, the WI&M line was under new ownership (again), this time by the Washington & Idaho RR. Here, the WIR’s leased “GP-16” number 316 pauses at the Potlatch depot. Barb Coyner photo. 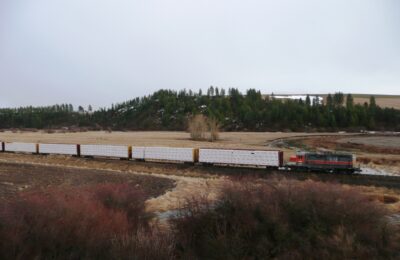 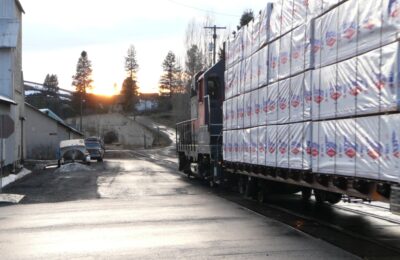 WIR locomotive #316 rolls through the intersection of Bridge and Whitman streets at Palouse in March, 2008. Thomas Hillebrant Photo. 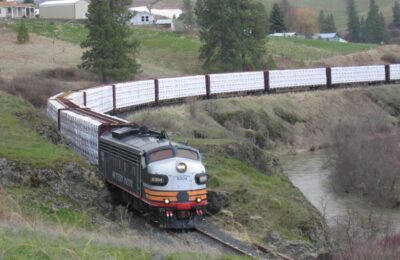 The WIR also borrows a privately owned F-unit for occasional use on its freight trains. Here it enters Palouse, WA in April 2008 with no less than 15 flatcars loaded with Bennett Lumber. Barb Coyner photo. 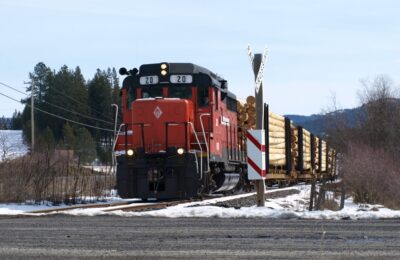 WIR GP-30M #20 heads west out of Harvard siding in March, 2009 with a load of lumber and cedar logs. The lumber is from the Bennett mill, and the cedar logs came from a short-lived reload operation at Harvard. Matt Farnsworth photo. 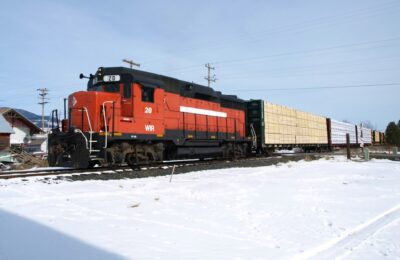 WIR GP-30M #20 rolls west through Princeton, ID in March, 2009. The former Palouse River & Coulee City locomotive was originally numbered 4204, but the WIR shortened its number to 20 to avoid confusion with F-9A number 6304 also used by the WIR. Matt Farnsworth photo. 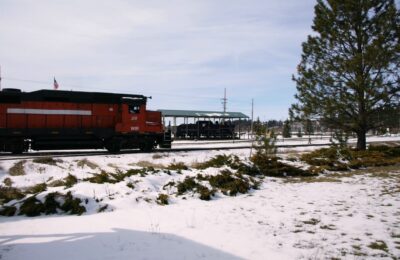 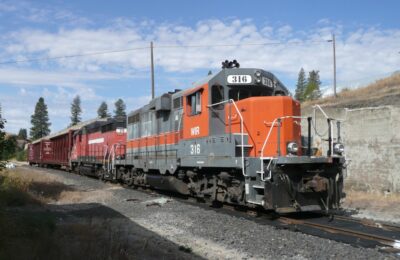 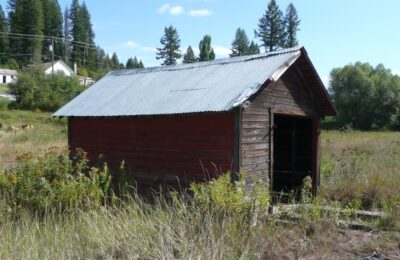 The last WI&M handcar shed still exists at Bovill, ID in September, 2009. Due to washouts and abandonments, Bovill no longer sees any trains and soon this shed may be gone as well. Thomas Hillebrant Photo.