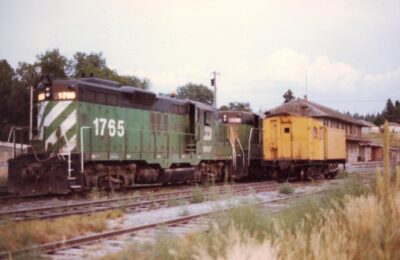 Two Burlington Northern GP-9s idle away a summer evening in June, 1984 at the Potlatch yard. When the Milwaukee Road cleared out in 1980, they left the flanger car behind, and its hulk can still be found in the weeds at Potlatch today. Thomas Hillebrant photo. 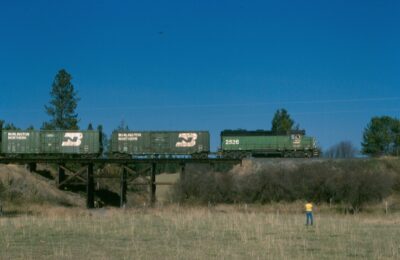 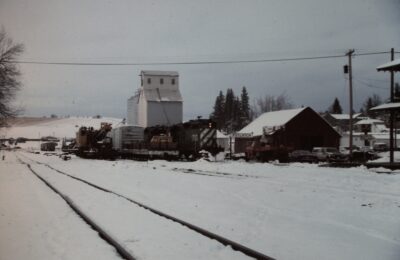 BN GP-9 1783 idles in the Potlatch yard on a cold January, 1989 afternoon. One of the yard tracks is nearly filled with BN work equipment, indicating that some much needed track improvements are underway despite the frigid temperatures. Carl Sonner photo. 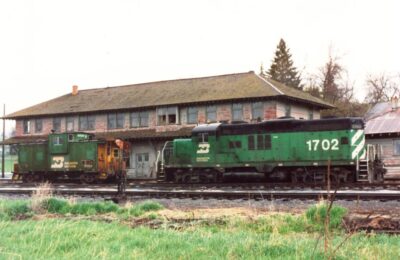 “Chop-nosed” Burlington Northern GP-9 number 1702 sits with its caboose at the Potlatch depot in May, 1989. Thomas Hillebrant photo. 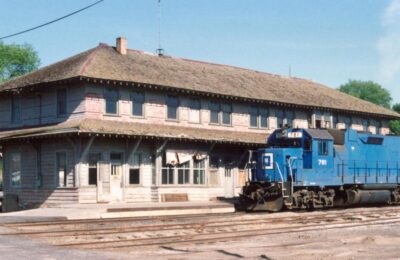 GM Leasing GP-38 number 791 takes a breather alongside the Potlatch depot in 1989. For several years, BN leased a group of these former Conrail locomotives from GM, and they were a common sight on the WI&M. Tom Burg photo. 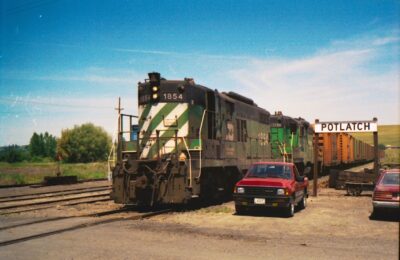 BN GP-9 #1854 has just arrived at Potlatch with a long string of empty log flats in June, 1990. Thomas Hillebrant photo. 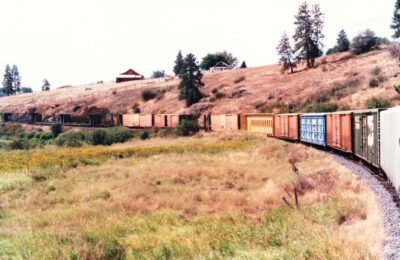 An August, 1990 view from the cab of an eastbound BN train a short distance east of Palouse. Tom Burg photo. 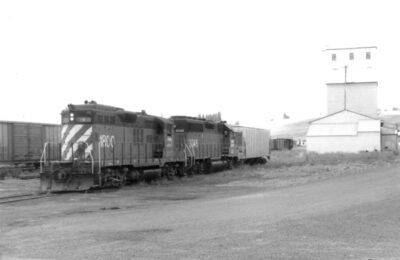 After arriving from Palouse, the crew spots a single covered hopper at the Potlatch grain elevator in August, 1990. In the later years of BN operation, traffic to or from the Potlatch elevator was very infrequent. Tom Burg photo. 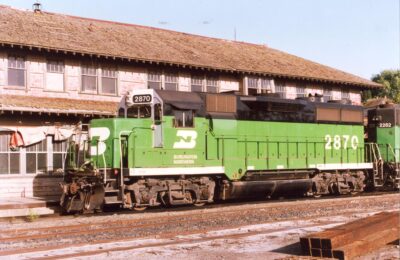 GP-39M number 2870 strikes a familiar pose in front of the Potlatch depot in 1992. This was one of a large fleet of GP-30s and GP-35s that BN had rebuilt to more modern standards for use system wide. One of the few features that identifies this engine as a rebuilt unit is the missing 36″ radiator fan – otherwise it looks like a stock GP-35. Tom Burg photo. 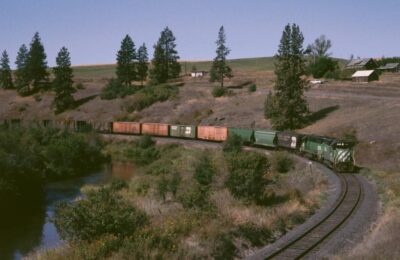 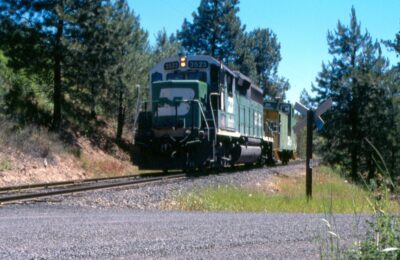 Burlington Northern GP-40-2 #3523 heads west near Vassar, ID in July, 1996. This was one of the last BN trains that ran to Deary before the line was sold. Thomas Hillebrant photo. 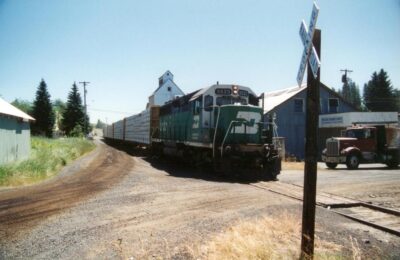 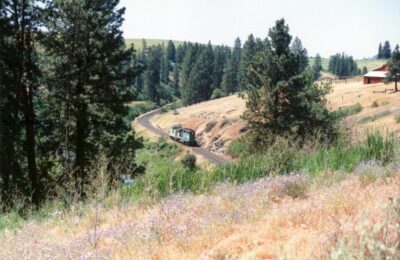 BN GP-40M 2353 returns from Palouse with only its caboose in tow in July, 1996, no empties having been delivered by the “P&L” train from Spokane. This location is along the Palouse River at about milepost 2 as measured from the junction switch at Lairds. Carl Sonner photo.